After the large gyrations on coal stockpiles over the last two years a period of stability seems to have been achieved, albeit at a lower level.  As of mid-June, power plants have had little variation in their total daily stocks, sitting at or close to 15 MT for the last three months.  Taking the change between  April and mid-June, this year’s 1 MT drop is a far cry from 2016, when stocks fell 8 MT, or 2017, when they plummeted 11.7 MT in this period.  More stable stocks don’t make for shock-horror headlines, so unlike the coverage of declining stocks, this recovery has had only sporadic attention.

The improved balance of supply and consumption at the power plants is even clearer in the daily change of stocks, shown below.  The extreme daily fluctuations of 2016 and 2017, peaking at between 150,000 to 200,000 tonnes per day, has given way to changes predominantly less than 50,000 tonnes and the periods of sustained increase or decrease are much shorter. 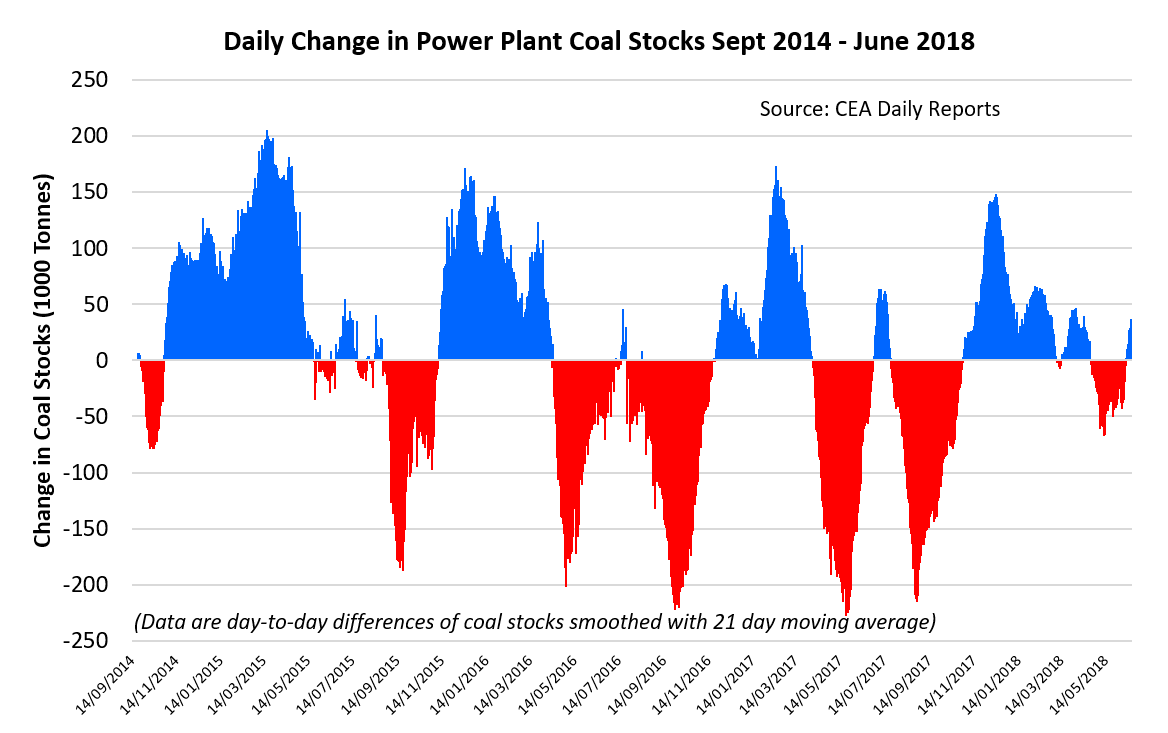 A full appreciation of coal stocks must include what is happening at the pithead.  We continue our analysis of overal stocks, commenced in March. This shows estimates of Coal India Limited and SCCL pithead stocks, as well as power plant stocks, up to May 2018: 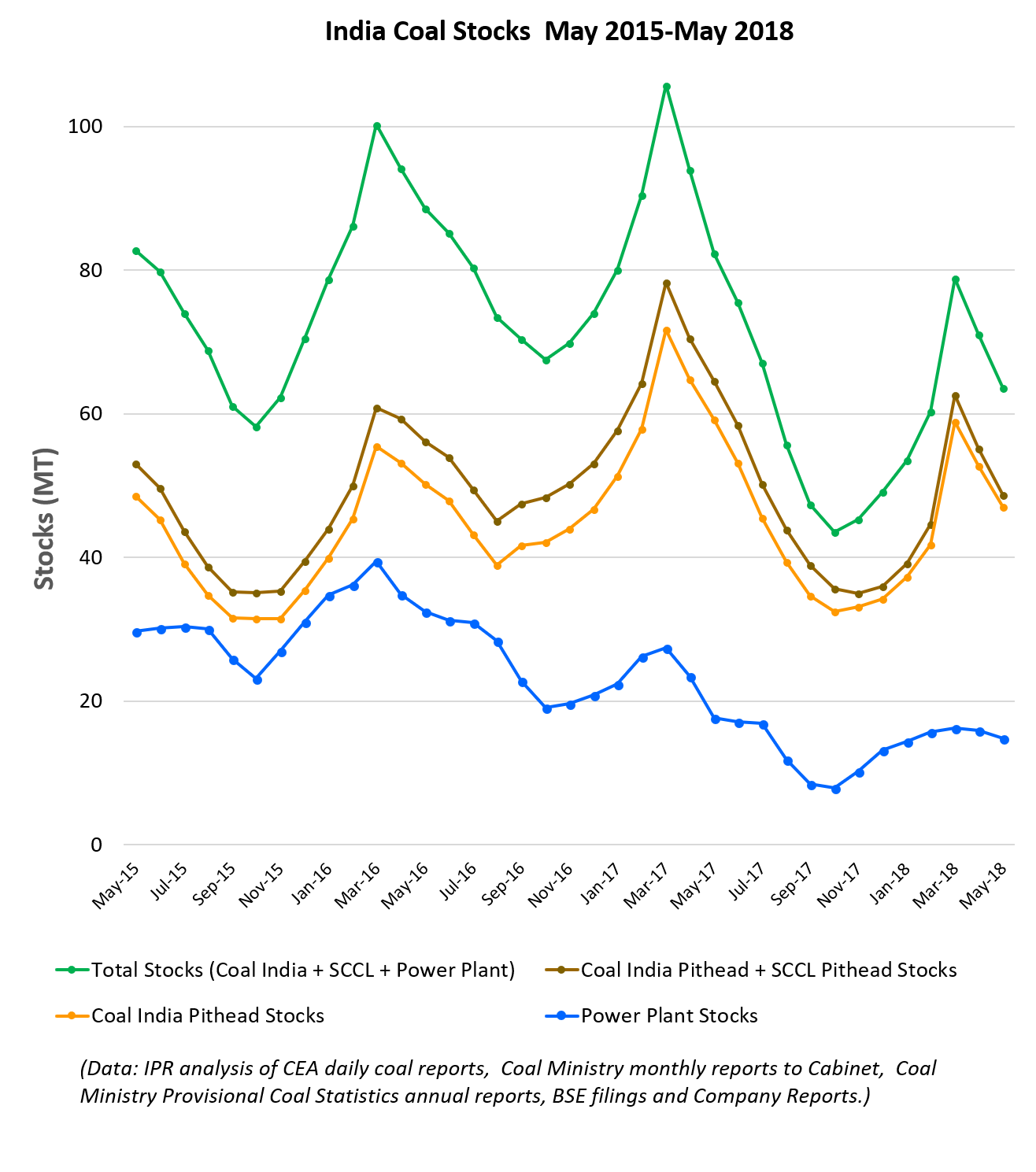