Managing the delivery of coal by rail to India’s power plants might become a little easier now that Piyush Goyal has control of both the coal and rail ministries, but over the last three years, the challenge of delivering fuel at a steady rate has proven very real.  From record low stockpiles in late 2014, a build-up over 18 months led to serious over-supply and  concerns that the excess coal sitting around at the power plants might self-combust.  Eighteen months later again, and near-record lows are once more a concern. 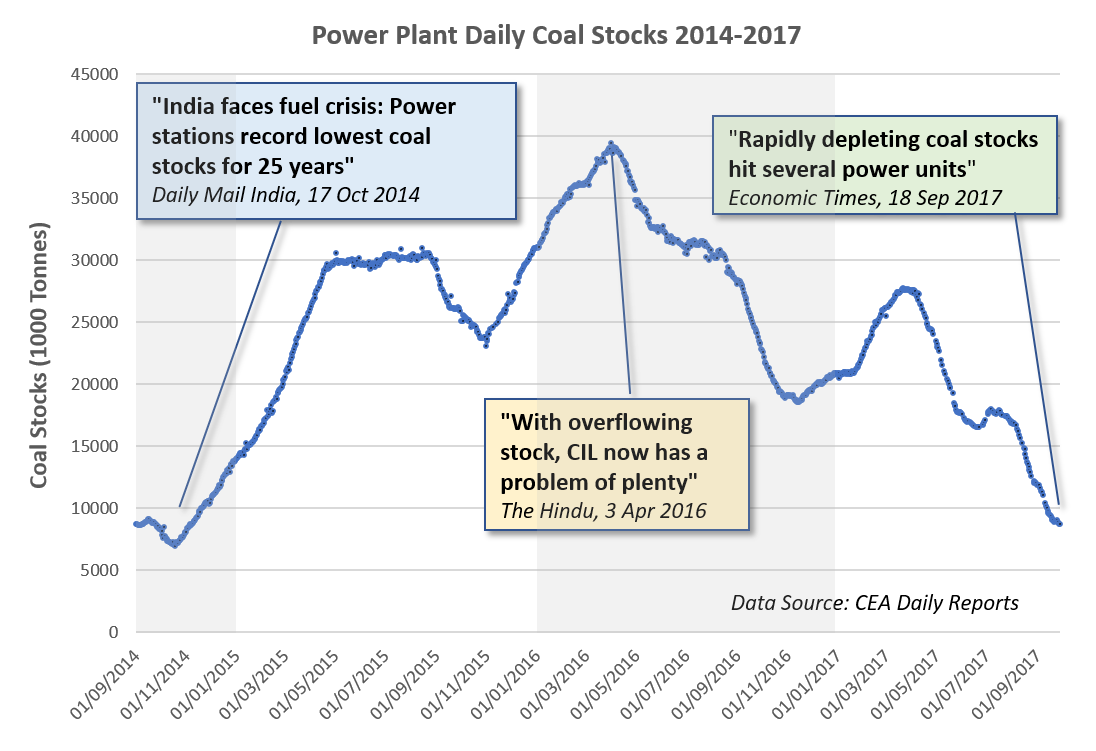 These seasonal ups and downs, and the longer-term downward trend, are seen more readily by plotting the (smoothed) day-to-day changes in the power plant coal stocks. 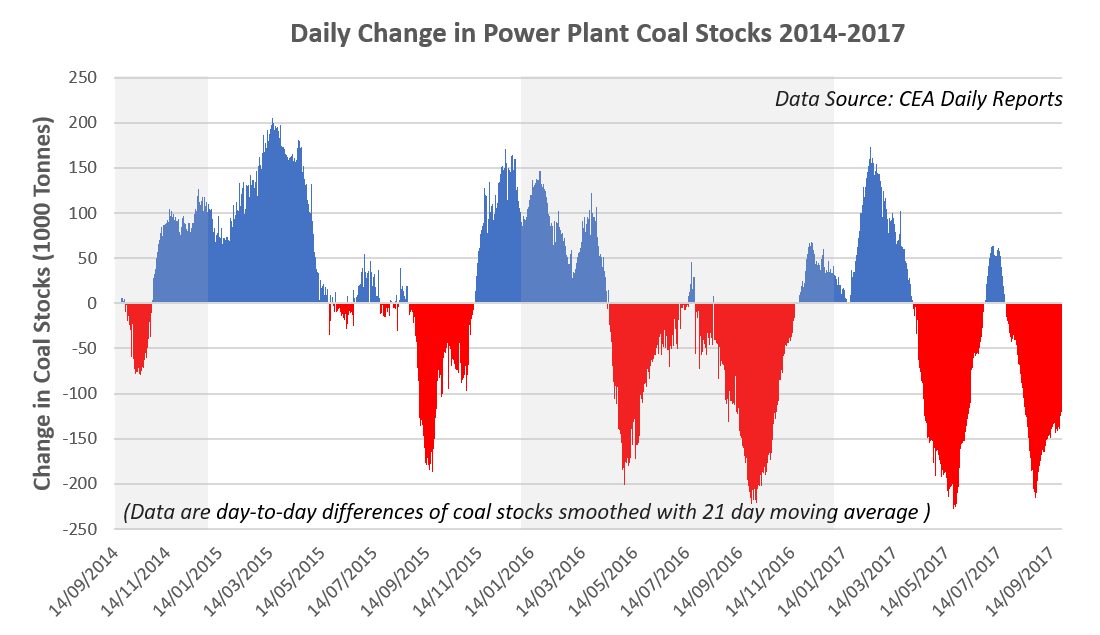 The periods of increase have become skimpier and shorter, and the periods of run-down longer and deeper over the last three years.  But this is an issue of balance – in the long run the amounts involved are still relatively minor compared to the throughput. It will be interesting to see whether supply will adapt if renewables lead to first a steady-state and then a decreasing rate of thermal coal use in the power plants.