The last two months have seen India’s coal plants reverse their dwindling stockpiles, which collectively exceed 12 million tons as the year draws to a close, as shown in the top figure. To avoid a repeat of this year’s shortages, stocks need to more than double by the end of March. The bottom figure shows that the annual re-stocking has reached daily levels similar to those of the last three years.

Will stocks be replenished to levels that can prevent shortages at the end of 2018? This depends on maintaining net re-stocking at a high level as far beyond the beginning of April as possible.  Since the stockpiles reflect the excess of re-supply over consumption, it’s not just a matter of the rail logistics – power demand as winter ends will be a critical factor.  The government had to pull out all the stops to replenish stocks in the last couple of months, and engineered a turn-around from late October.  Steel and aluminium producers, amongst others, have complained this has left them short, as power plants received priority. 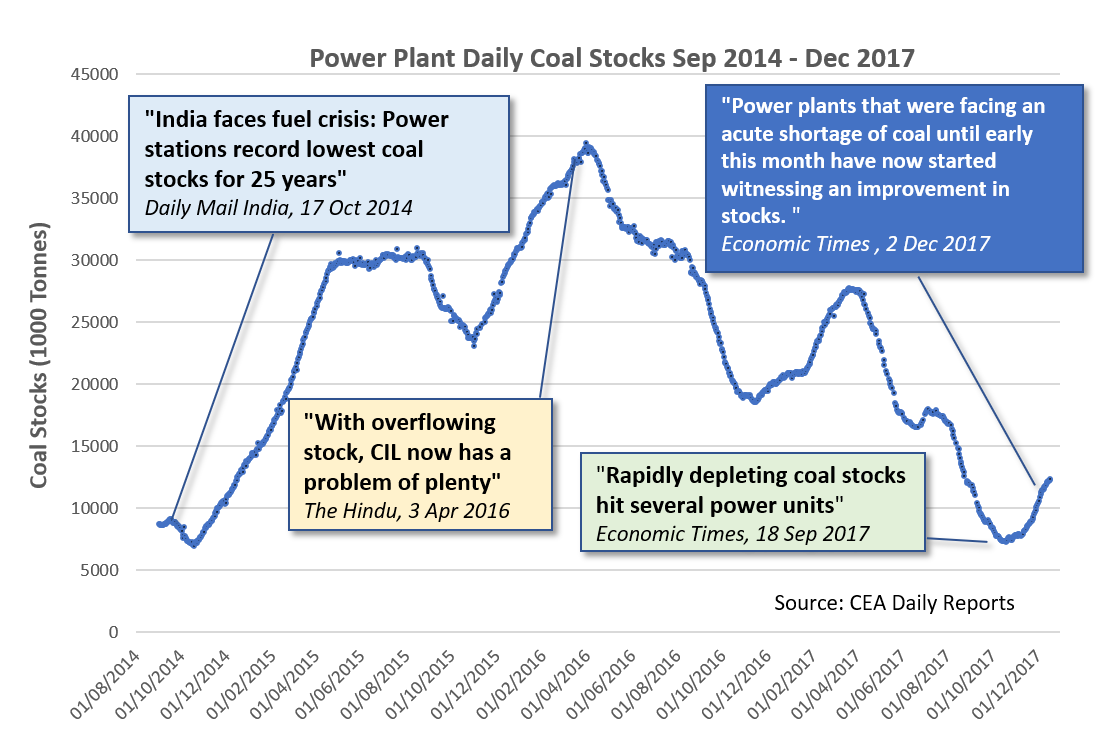