Starting with this pair of posts, we will update data for power generation and coal production, dispatch, consumption and stocks on a monthly basis. Commencing in January, these updates wil be posted in the first week of each month.  With the emphasis on presenting a clear graphical picture of these trends in a consistant format, these reports will be relatively light on commentary.   In 2019 we will add a much more focussed analytical report on a particular energy transition issue in the third week of each month.

As in previous years, production surpassed dispatch for the first time since the monsoon months in November, and in October (November dispatch data not yet avialable), a steady drop in supplies to the non-power sector reversed. 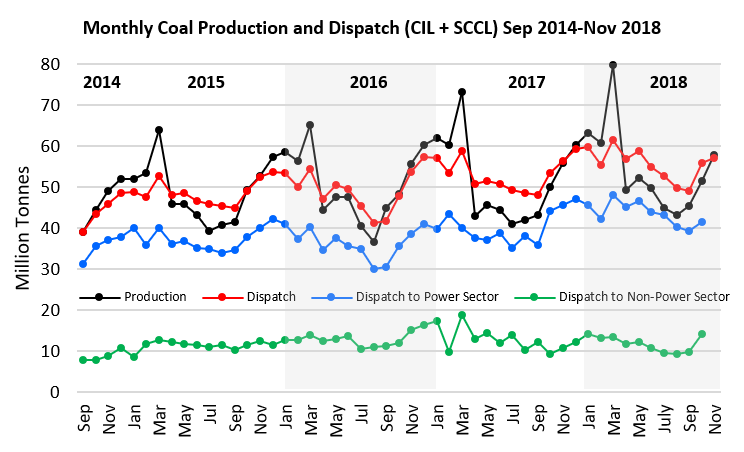 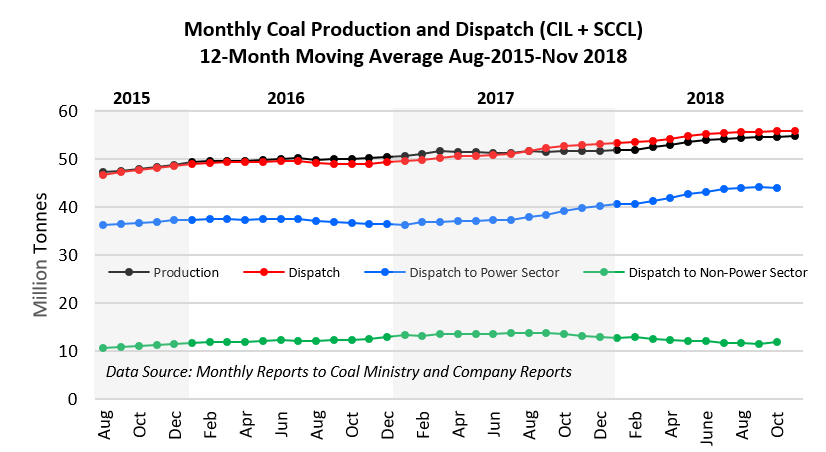 In a new feature, we show monthly consumption of coal at India’s power stations, currently rising at an annual rate of about 5.5%, or 33 million tons more in the year to November 2018 than in the preceding twelve months: 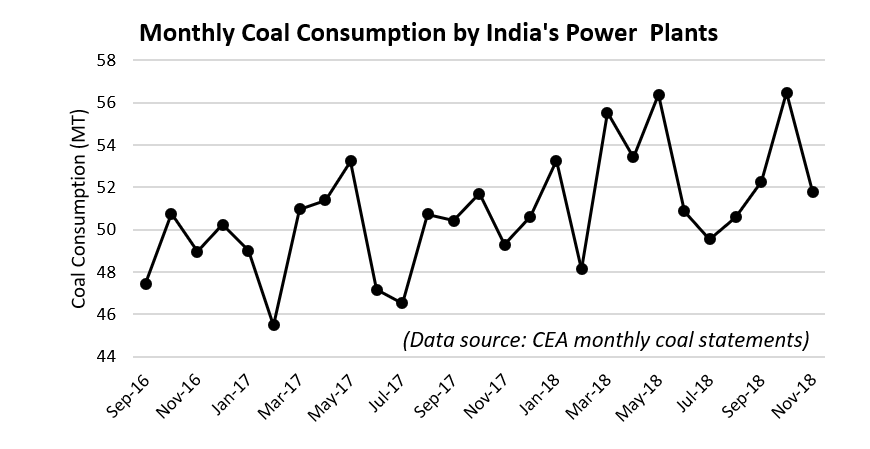 As usual, removing the seasonal influence with twelve-month moving averages makes the trend easier to see: 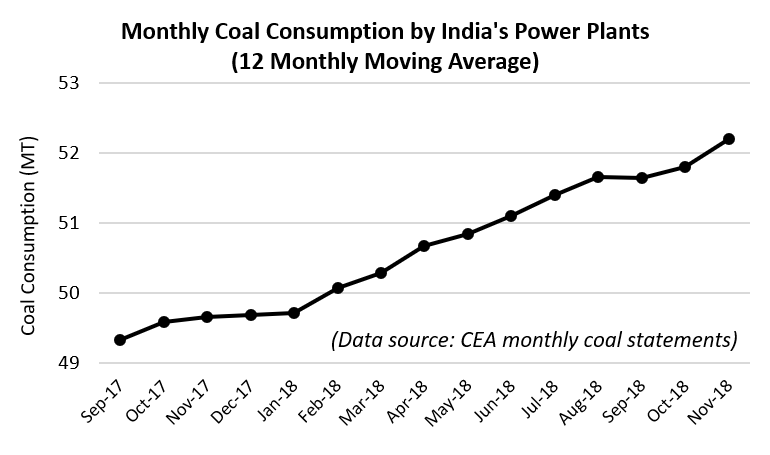 Coal stocks at power plants have increased from their October low of about 9.4 million tons and have recently edged through the 13 million tons mark: 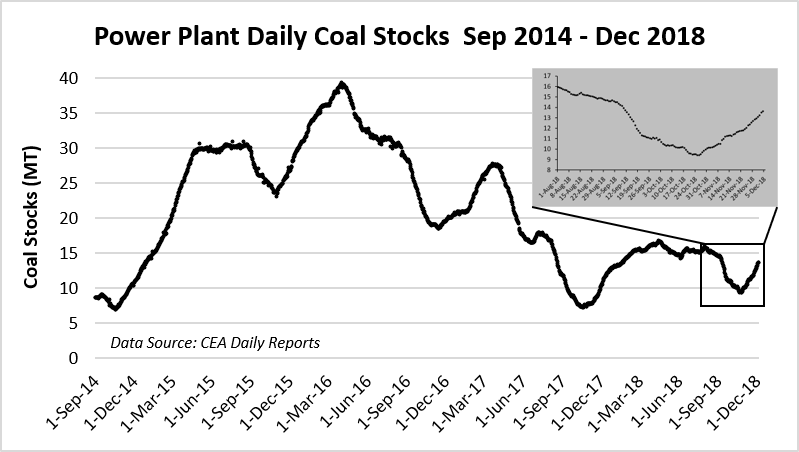 The overall picture is that stocks are now increasing again both at Coal India  (but not at the much smaller SCCL) pitheads, as well as at power plants, so that overall stocks are now heading up once more. We’ve also made a minor adjustment to our estimate of Coal India’s pithead stocks to align the data better with more recent company and media reports: 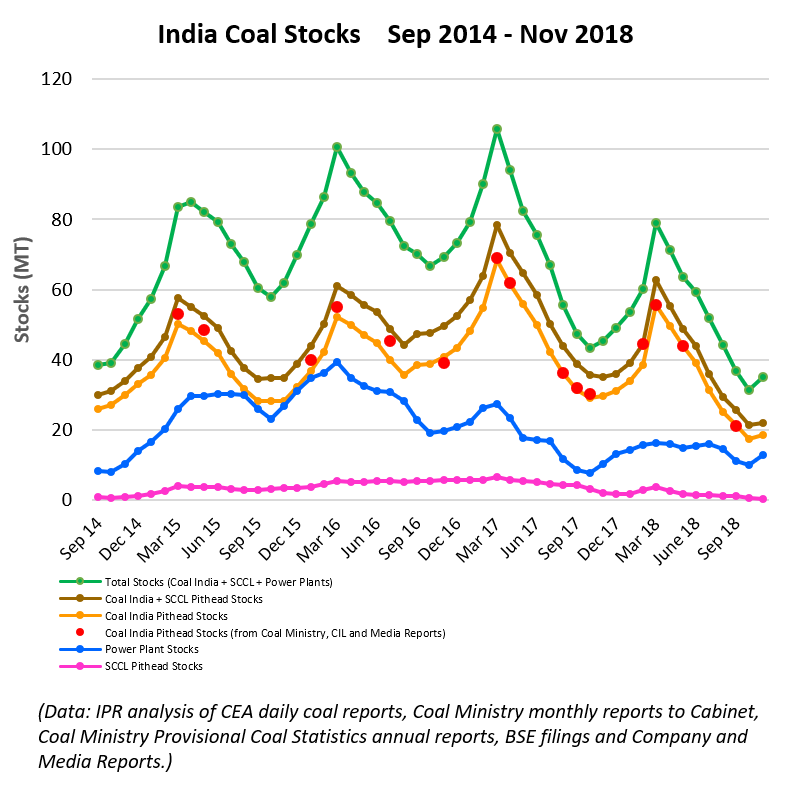