The combined production of Coal India and SCCL has increased only marginally this financial year to November, by a modest 5.5 million tons or 1.5% compared to 2016/17.  By halving the CIL stockpiles, CIL and SCCL have succeeded in turning around the shortage at power plants, but at the expense of deliveries to the non-power sector, which declined 7% in the six months to November compared to the corresponding period last year. 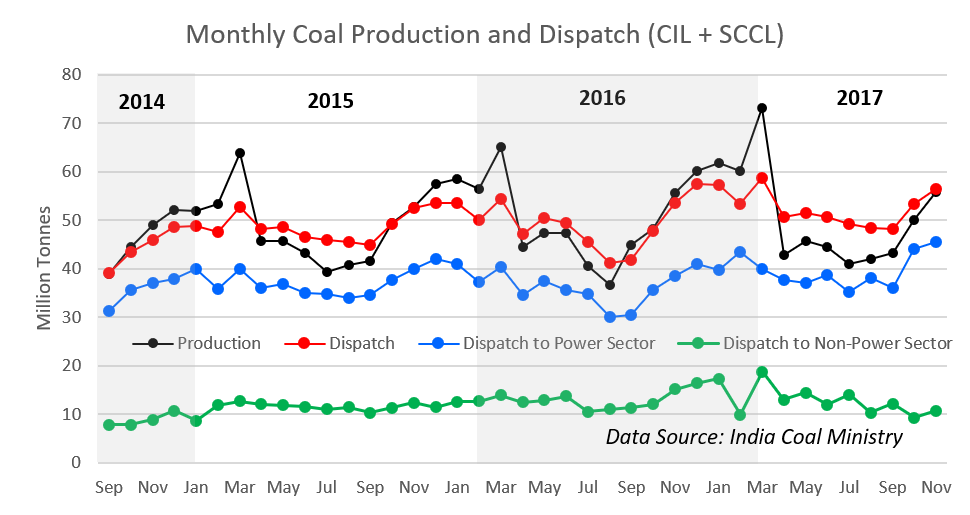 These trends are clear in the twelve-month averaged data, with total dispatch moving clear of production, with power sector and non-power sector deliveries moving in opposite directions. 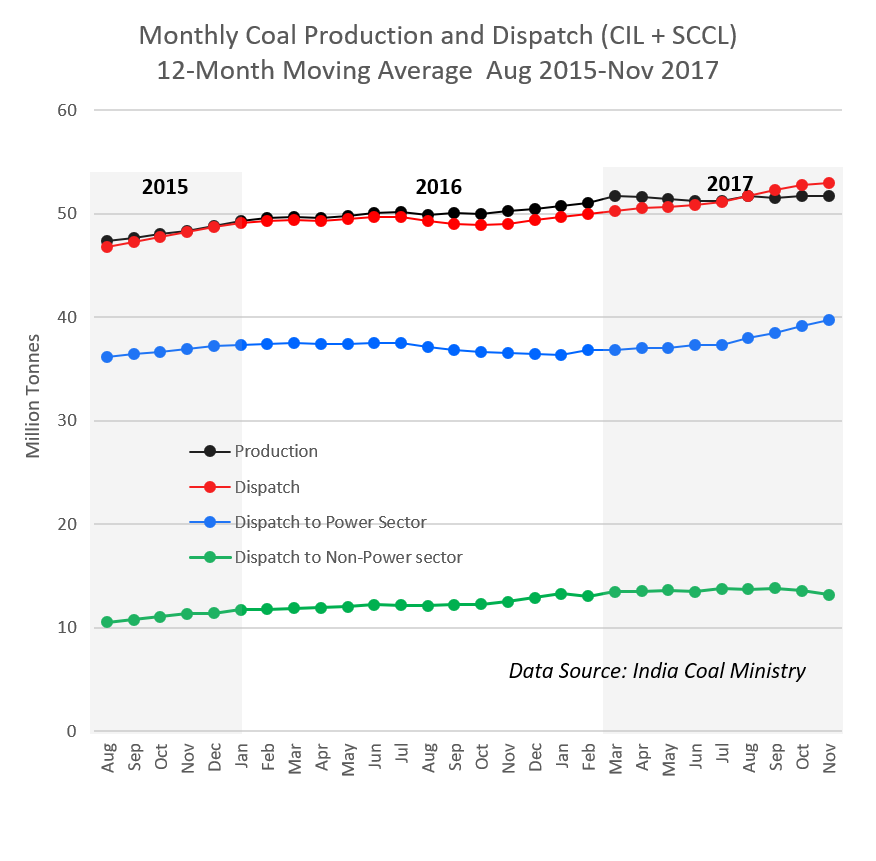 Coal India Chairman Gophal Singh was quoted earlier this month as saying that Coal India was “pushing hard” to achieve the 600 million ton production goal for this year.  It will need a mighty push – one 17% higher than was achieved in the final four months of FY 2016/17.